Tommy Dorfman On Transitioning: I WAS NEVER NOT OUT — TODAY IS ABOUT CLARITY Comments (0) 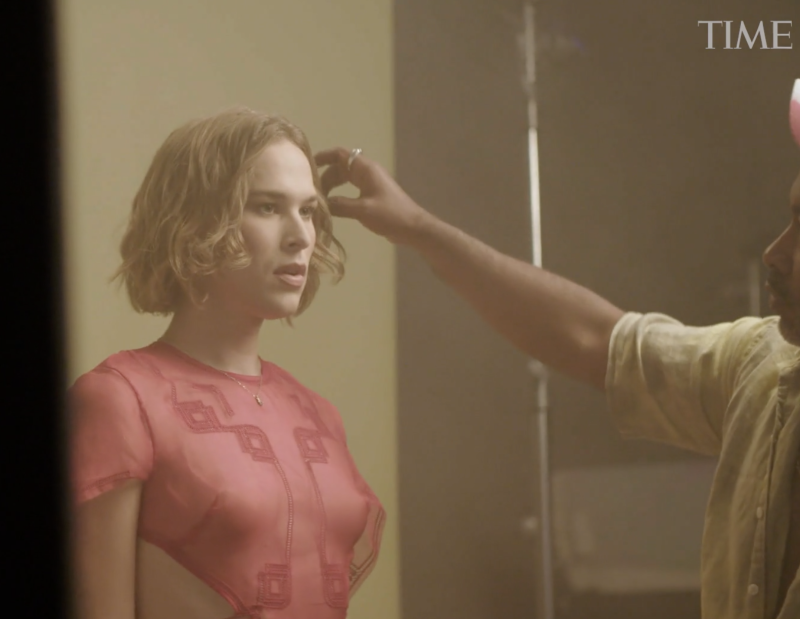 Dorfman expressed feeling a responsibility to be visible for queer children. (Image via video still)

Fashion-plate actor Tommy Dorfman, best known for playing Ryan Shaver on the Netflix series 13 Reasons Why, has come out as a trans woman in a lengthy interview for Time.

We’re talking today to discuss my gender. For a year now, I have been privately identifying and living as a woman — a trans woman.

Dorfman will not change her name, just her pronouns, after having medically transitioned, and stresses that she isn't interested in blowing up her past.

She will next be seen in the Lena Dunham film Sharp Stick — her first project in which she will be playing a female role.

In comments made at the White House today, Trump said, “Racism is evil, and those that cause violence in its name are criminals and dogs, including the KKK, neo-Nazis, white supremacists and other hate groups that are repugnant to everything we hold dear as Americans.”

Keep reading for more on this and the rest of the day's hottest links ...