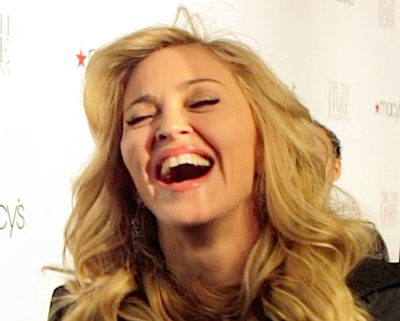 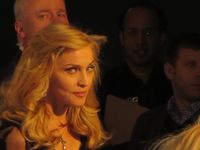 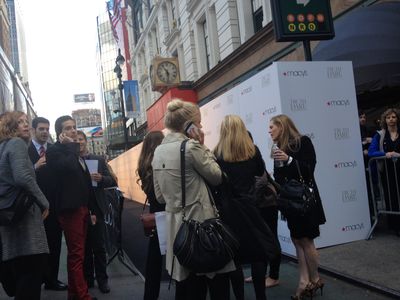 I'm The Luckiest By Far Comments (65) 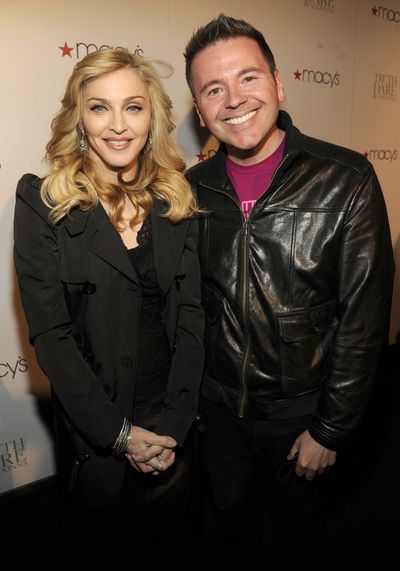 As I state below, tomorrow I'll have a full report on the outside and inside of Madonna's Truth or Dare fragrance launch at Macy's. But first things first—here is THE picture! I could not be happier with it. 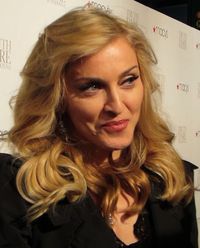 I have asked Madonna's publicist—the wonderful Liz Rosenberg—for a photo op on a few occasions. She's known about me since Encyclopedia Madonnica, has kindly referred MTV and others to me when they were in need of a "Madonna expert" and has been an all-around doll. But it's never been the right moment. Feeling this could be my last chance for a long time (rehearsals, touring), I tried again and she "promised to try" (and it didn't "feel like a lie"). All I had to do was hang out on the carpet. 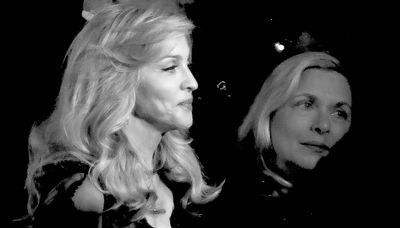 I love this shot—Liz looks like my guardian angel

When it came time, Madonna approached and I shook her hand and said it was nice to see her again. The photographer was directing her to stand on my left. Remember that I was behind the barricade up to my waist with bright lights behind me. Madonna didn't skip a beat, saying, "Not in that light." My heart sank—I thought she might be about to nix the whole thing, which would have been crushing since I could see how happy she'd been during all her previous carpet interviews. The photographer tried to say it was good light (he could flash it out) but she said playfully (but seriously), "I'm not stupid."

Then she said the words any Madonna fan longs to hear: "No, you come to me."