Watch photographer-turned-director Tyler Shields punching and smacking a bare chested Alexander Ludwig to psych him up for a scene in The Final Girl, a sort of horror flick Shields is helming starring Ludwig, Wes Bentley and Abigail Breslin ...

Heartbeeps: A Review of 8Bit Heart by Simon Curtis Comments (9) 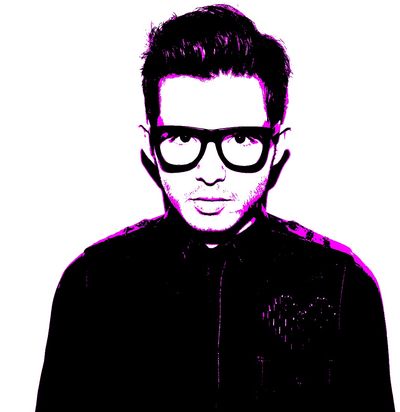 Simon Curtis uploads on us

Simon Curtis's goal in life is to become a popstar. I think the 24-year-old dynamo has wanted this more than anything since at least the days when *NSYNC roamed the earth, and I'm certain he was most urgently spurred on by the rise and rise and fall and fall and rise of Britney Spears. Don't hold that against him; he's better than his #1 idol, even if he would be loath to admit it. But being better, being good, is no guarantee in the world of pop—the right look, luck, connections, hard work, timing and an unquantifiable X factor are at least as important as talent. Talent is almost an embarrassment of riches if you have several or all of the others.

I go way back with Simon Curtis, back to his original name, back to when he lived in Oklahoma (he's now "too left for Oklahoma, too right for L.A., just right"), back to when he was 18 and entered a contest in the magazine I was editing. The contest was called "Get Famous" and promised one male and one female winner a chance to be flown to Orlando to meet with and perform for pop mega-producer Johnny Wright. Not too many boys entered, maybe because at the time every male who could sing or dance was already in a boy band, but it didn't matter—Curtis's entry (which I still have) clearly revealed his was a winning package. It was a package sporting several of those aforementioned important traits for pop success plus the icing on the cake—talent.

The prize was fulfilled, though I question how beneficial it was for him. Maybe it gave him a taste of winning against long odds...but then he'd probably already learned that lesson by beating leukemia as a child after being given only a 50% chance of survival. But I think listening to Max Martin over and over had more to do with nurturing his creativity.

Over the years, I've stayed in touch with Curtis and both encouraged and critiqued him. My criticism of his early songs that he'll remember involved his using too many 25-cent words, which is a good problem to have because it means you're smarter than your chosen medium. Mostly I've assumed he would "make it" at some point, and while I've done my part, Simon's not someone to sit around and wait for things to be done for him. As much faith as I've always had in his talent, I've been as amazed as some of his doubters by just how successful he's been—he moved to L.A., persevered through some management issues, hooked up with a producer, released an EP (the purposely and purposefully titled Alter Boy), did some fairly high-profile acting and eventually, earlier this year, found himself spending 13 frantic days writing and recording his album 8Bit Heart "in a tiny basement in the hills of West Virginia." 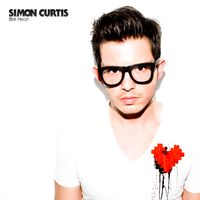 The album is available for free download by clicking here and has already attracted high-profile attention, including a rave from Pop Reviews Now, a Larry Flick interview, a campaign by Lady GaGa's monsters to get her to listen to it and a Tweet by Adam Lambert proclaiming it to be "sick!" followed by an invitation for Curtis to write on his next CD.

I mention my history with Curtis by way of full disclosure. He is my friend and I do want him to do well. But I will just review his record as if I didn't know the guy. Or rather, as if I didn't know him personally but knew he'd be reading this—which is how I review everything anyway, come to think of it.