Get Out: A Season 9 RuPAUL'S DRAG RACE Fantasia In Two Acts Comments (0) 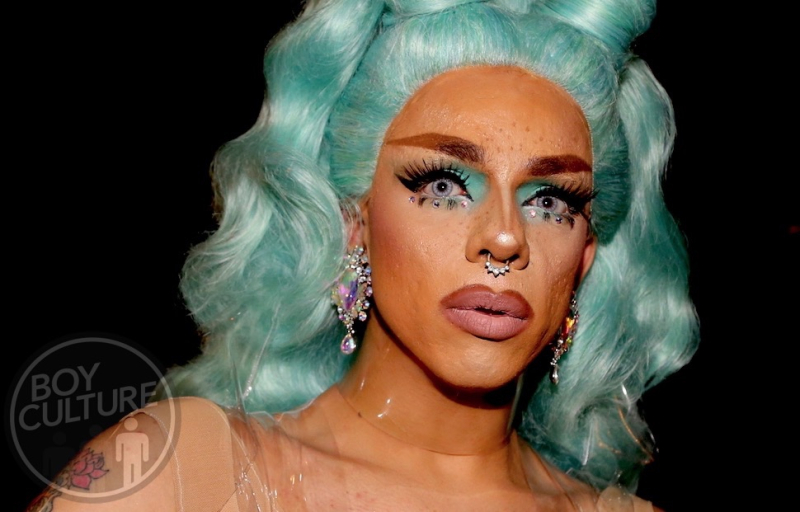 Like all her co-stars, Aja looks to the future.

I was invited to cover the event at PlayStation Theatre in Times Square last night, celebrating the upcoming (March 24) premiere of Season 9 of RuPaul's Drag Race. 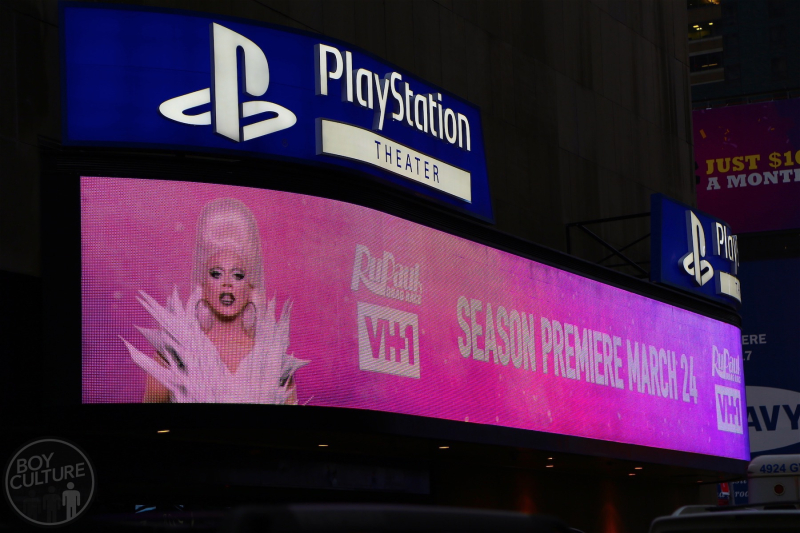 Like always, I had my trusty sidekick Jason along, and like always, I was mad-stressed out wondering how I would get all 13 queens for interviews in the time allotted — not to mention any bonus queens (Ginger Minj hosted, and queens like Jiggly Caliente, Sherry Vine, Lady Bunny, Mrs. Kasha Davis and many others were on hand/on hands and knees), the Top 4 actual women from this season's America's Next Top Model and five out of sex of the studs from the new Logo series Fire Island. 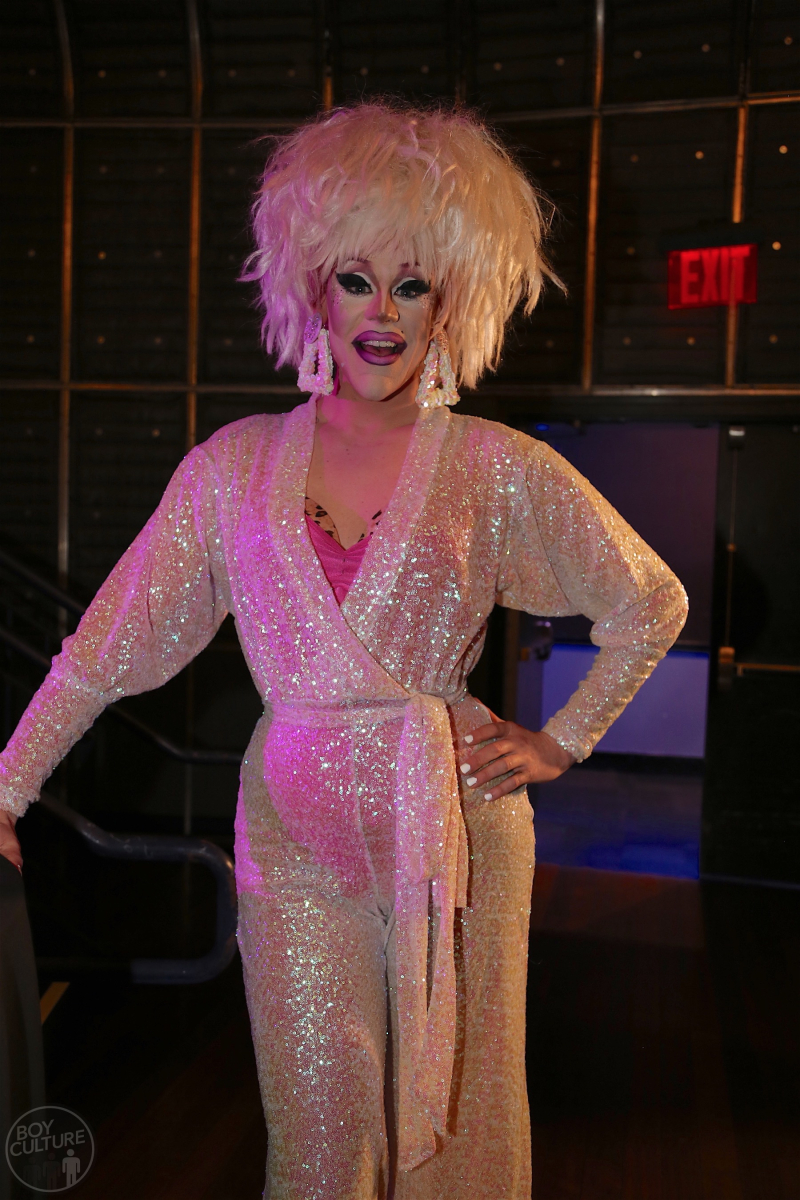 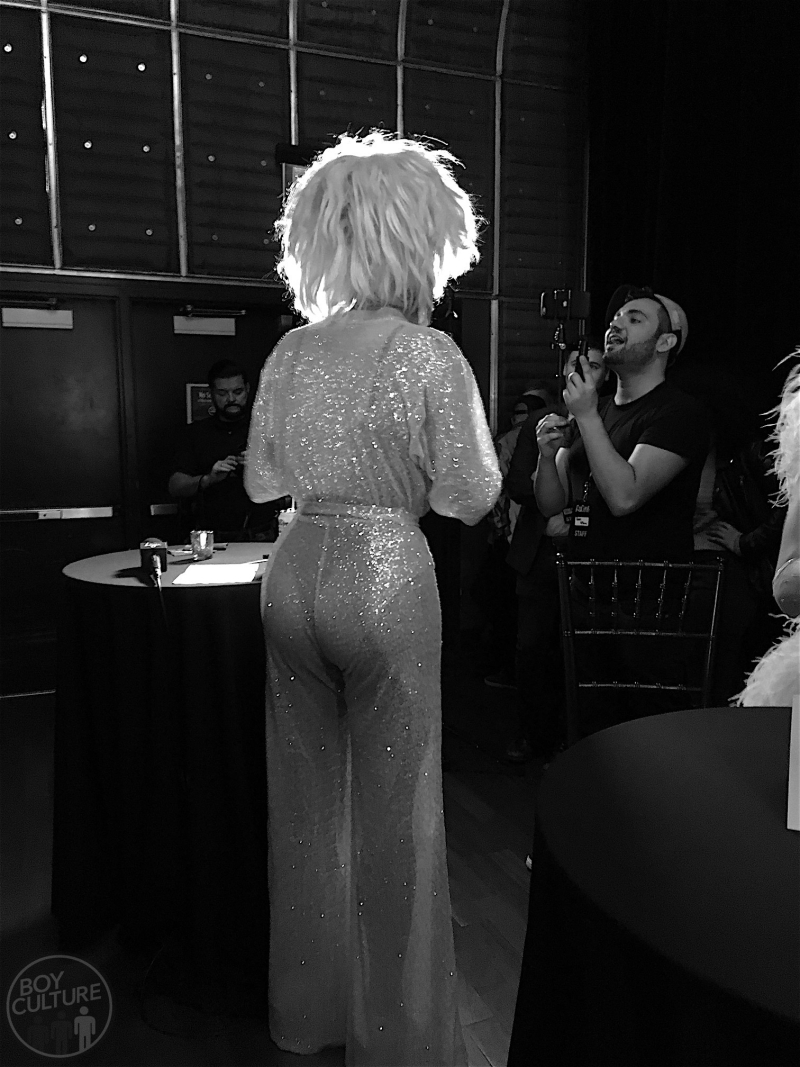 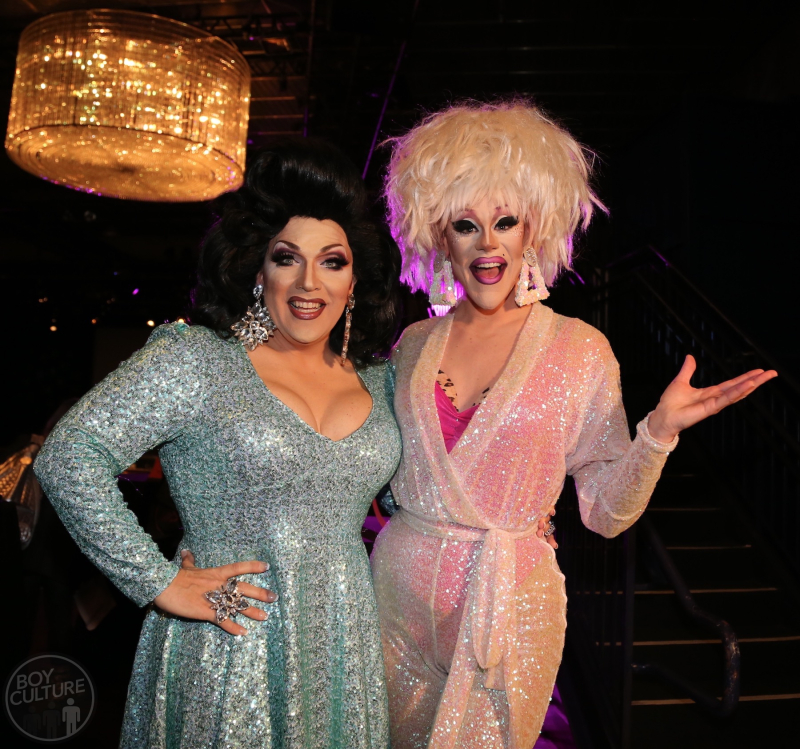 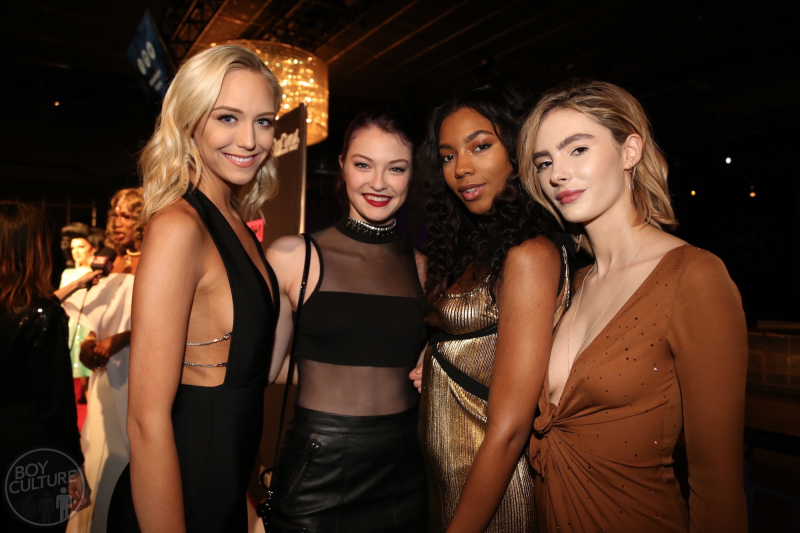 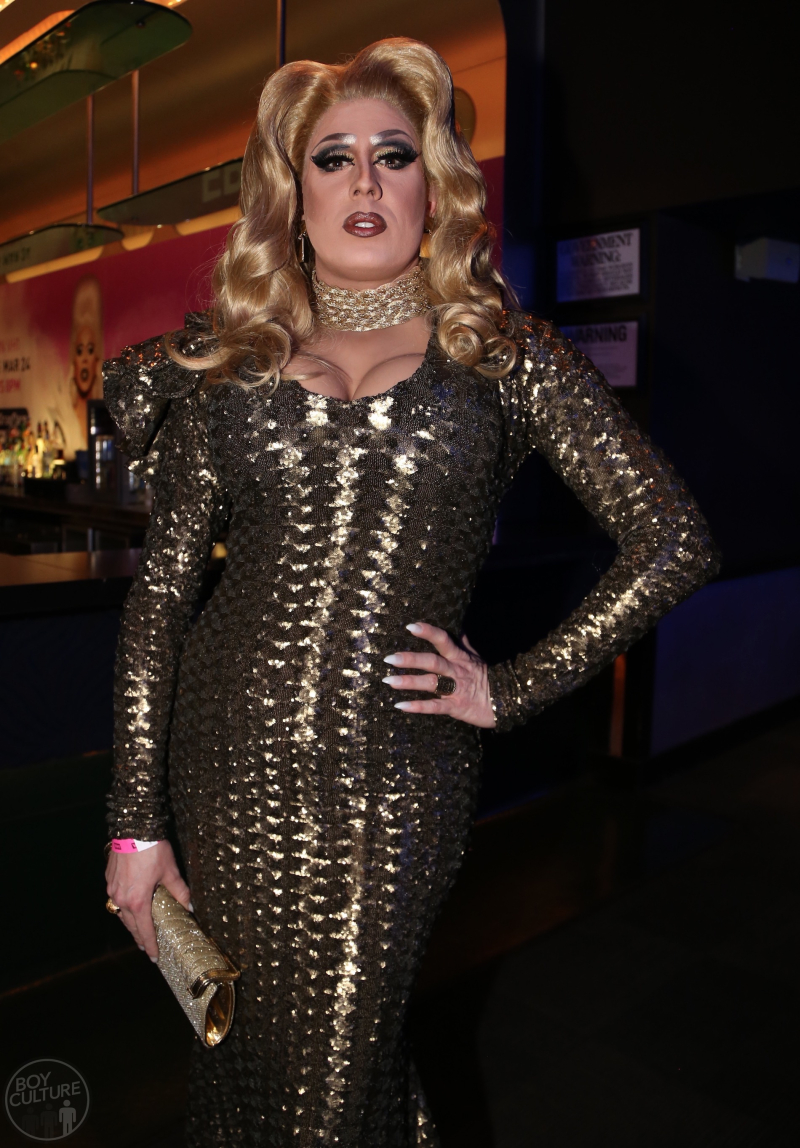 I don't know her. But if I did, I'll tell you her name. How about: Mae South? 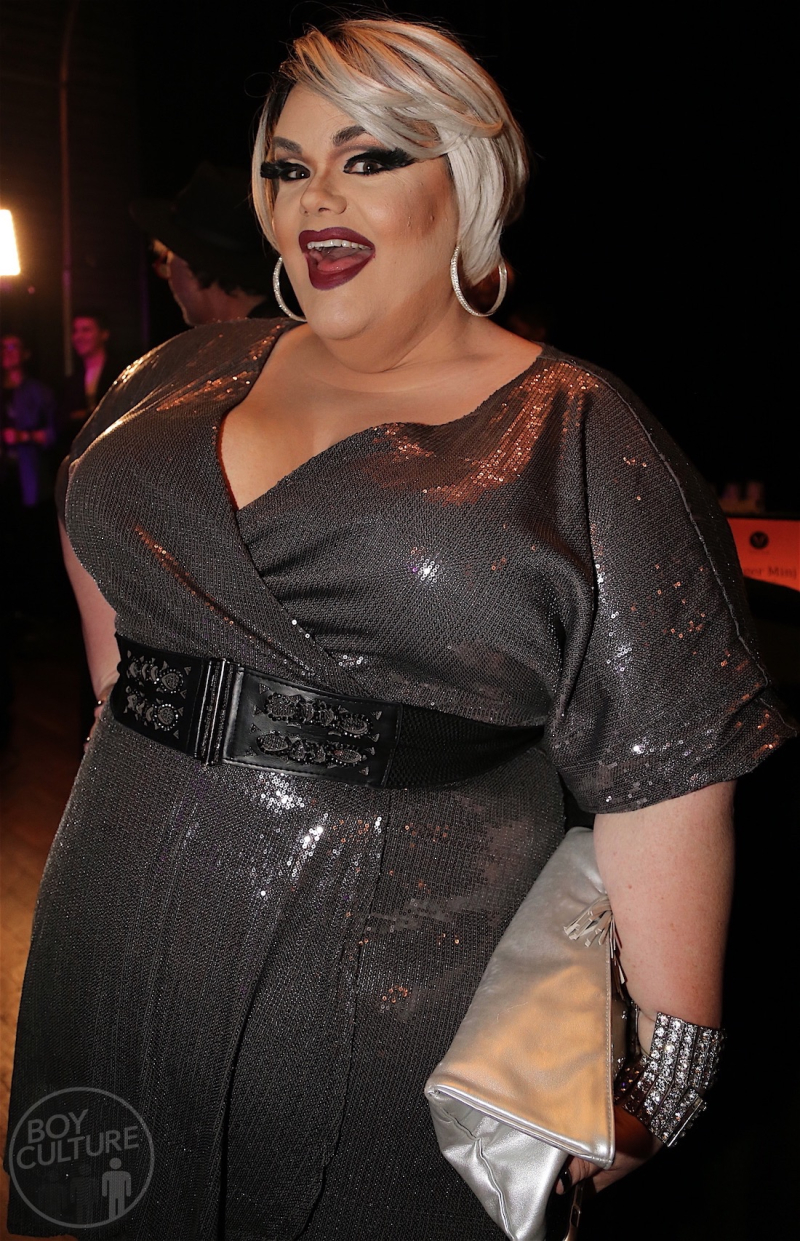 Darienne Lake made a splash.

Speaking of which, following RDR's switch from Logo to VH1, the step-and-repeat didn't even have Logo's, er, logo, this in spite of the fact that second-run eps will air on the network, and the fact that tons of Logo staffers were on hand to help out.

The crowd wanted in — bad.

Part of my stress was the odd decision to tell press we had to arrive at 5 p.m. to check in, would interview everyone for two hours, would have to leave at 7:30 p.m. and could not return when the party started at 8 p.m. until we had dumped all professional equipment. The strictness of this rule made for some unnecessary schlepping, and only ensured that the zillions of photos from the party would not be as high-quality as they might otherwise be. 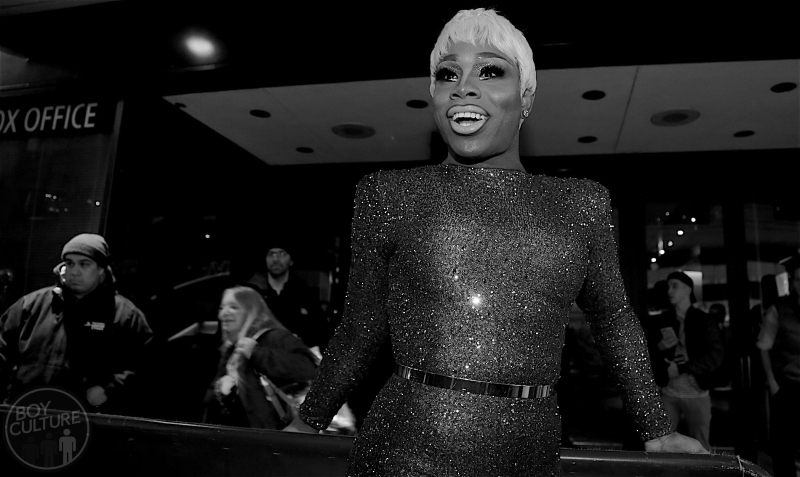 This one was stealing focus outside! 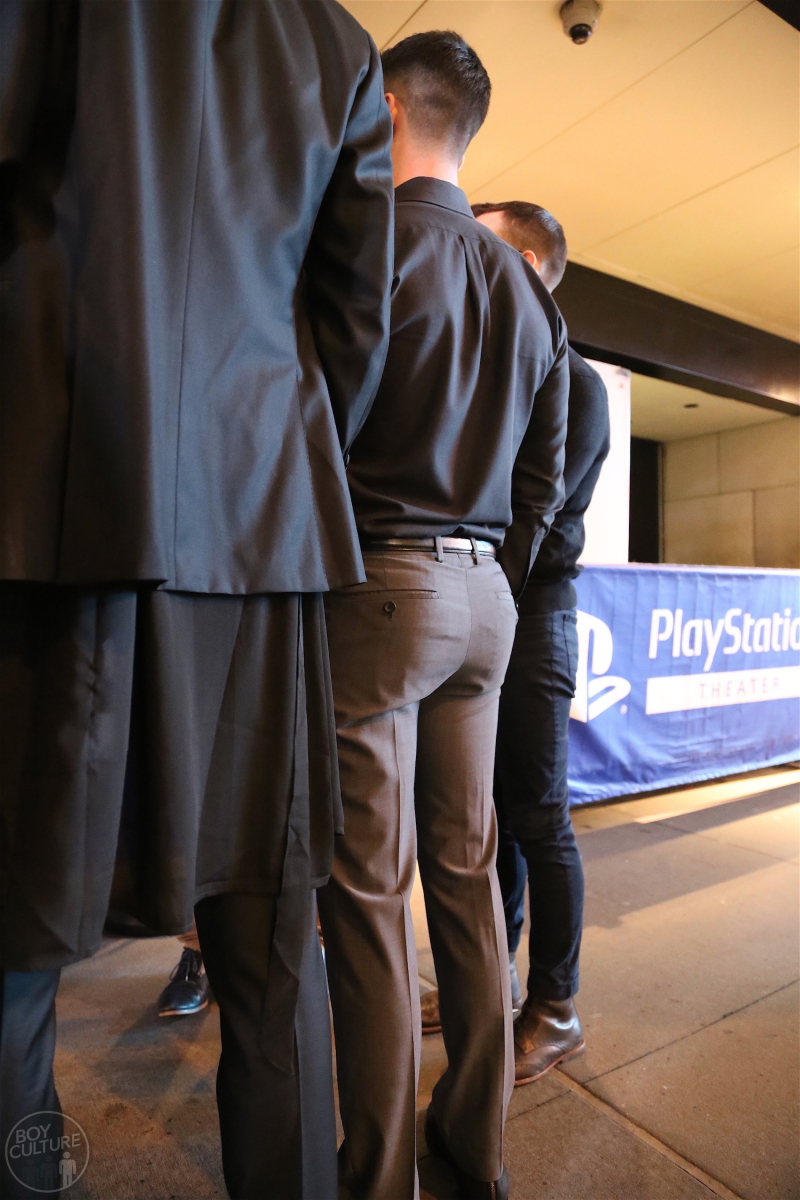 The best cutlets in the place weren't cutlets.

When we returned, I avoided the red carpet and focused on the tables, where all the celebriguests were seated. 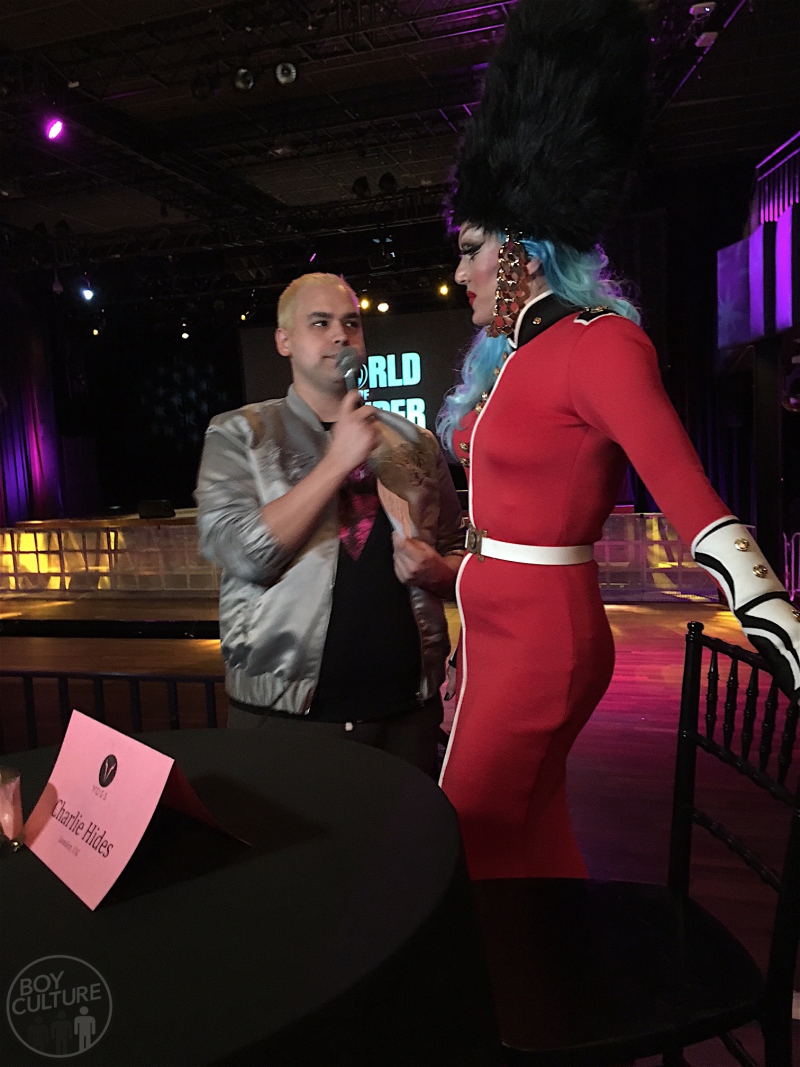 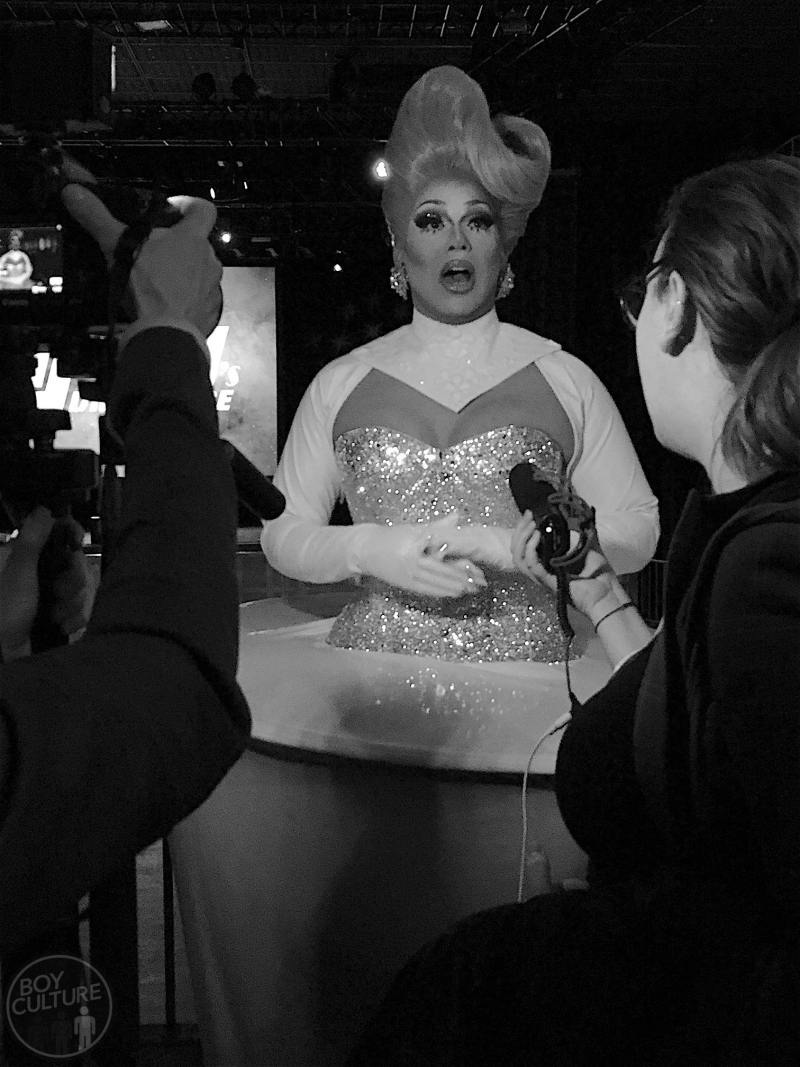 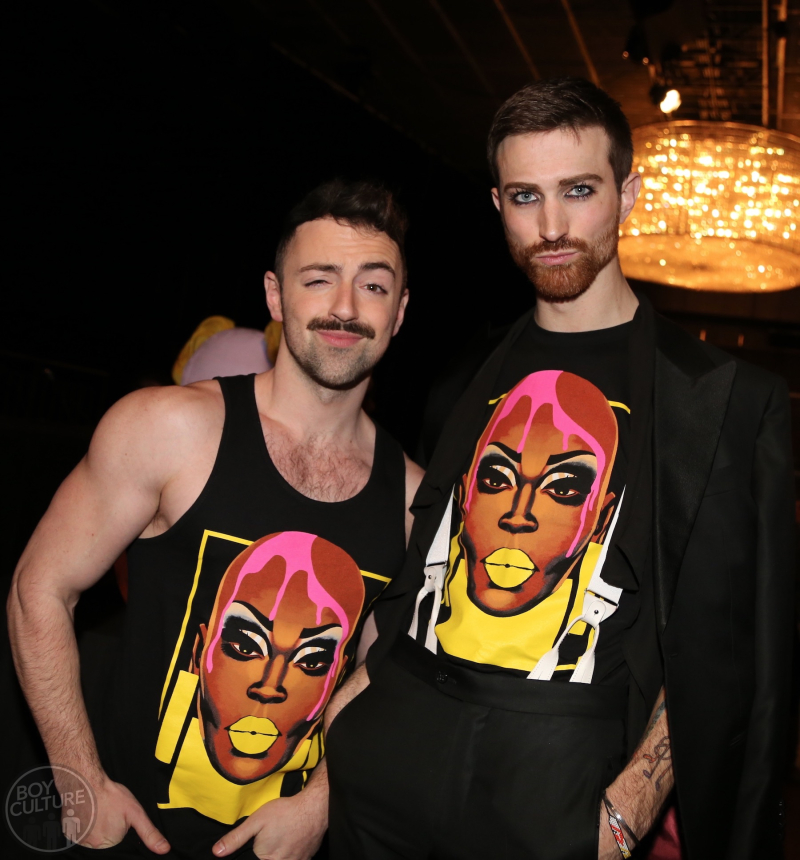 We did our level best, but even rushing, while I got pics of and interviews with 11 of the goils, I only got some pics of Nina Bo'nina Brown and one snap of Shea Couleé — no Q&A. 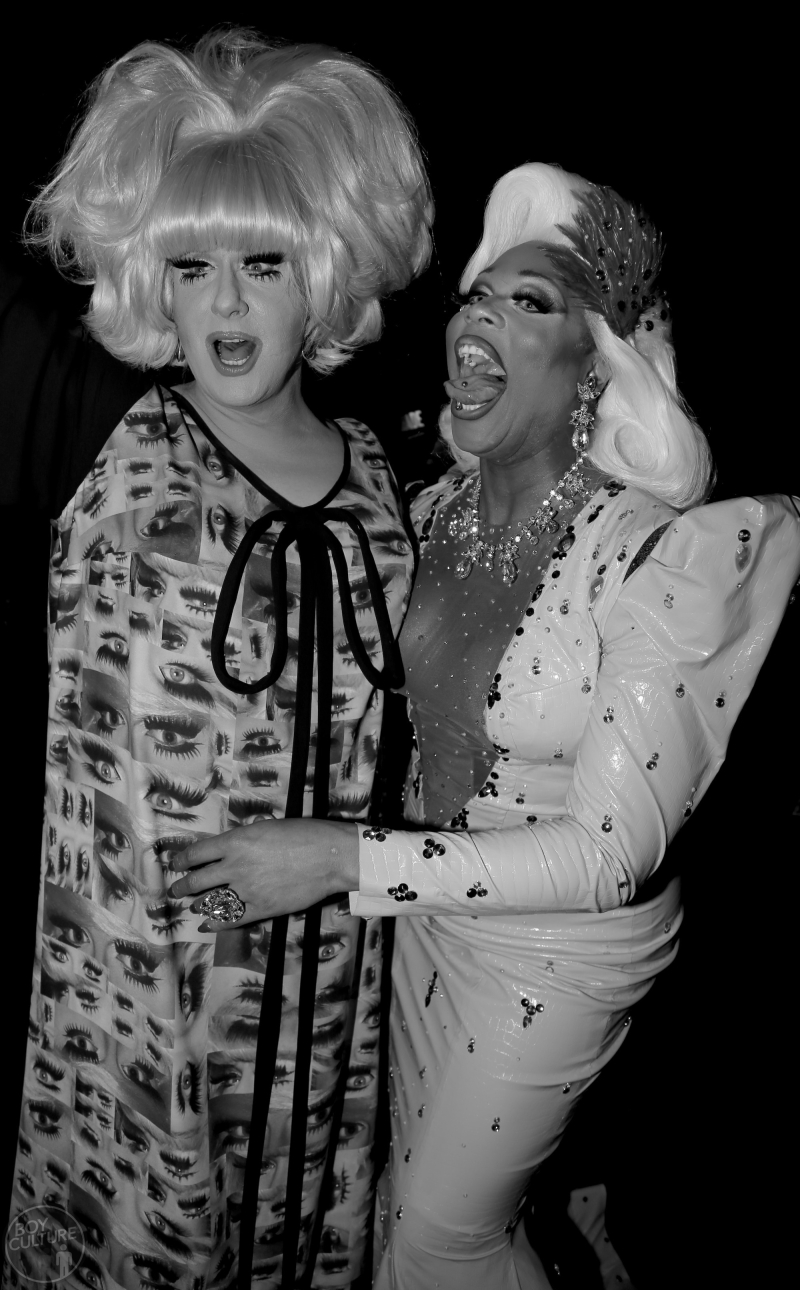 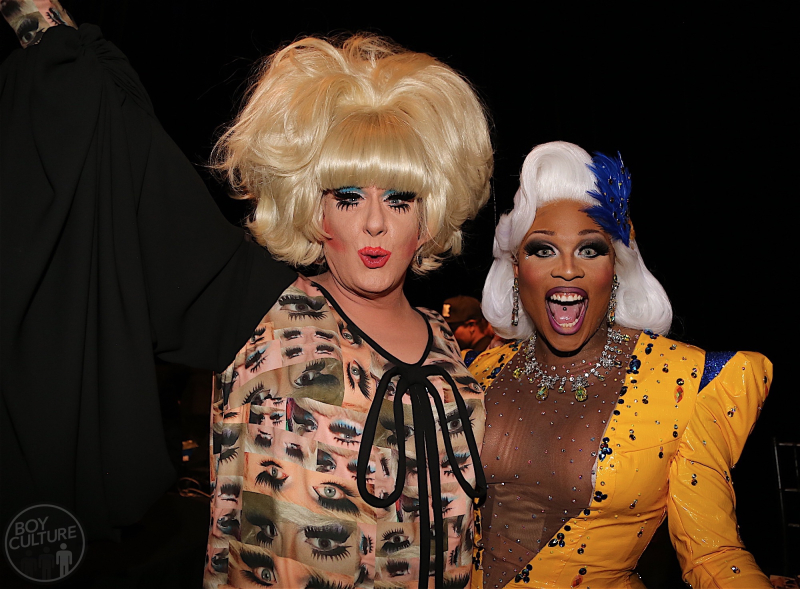 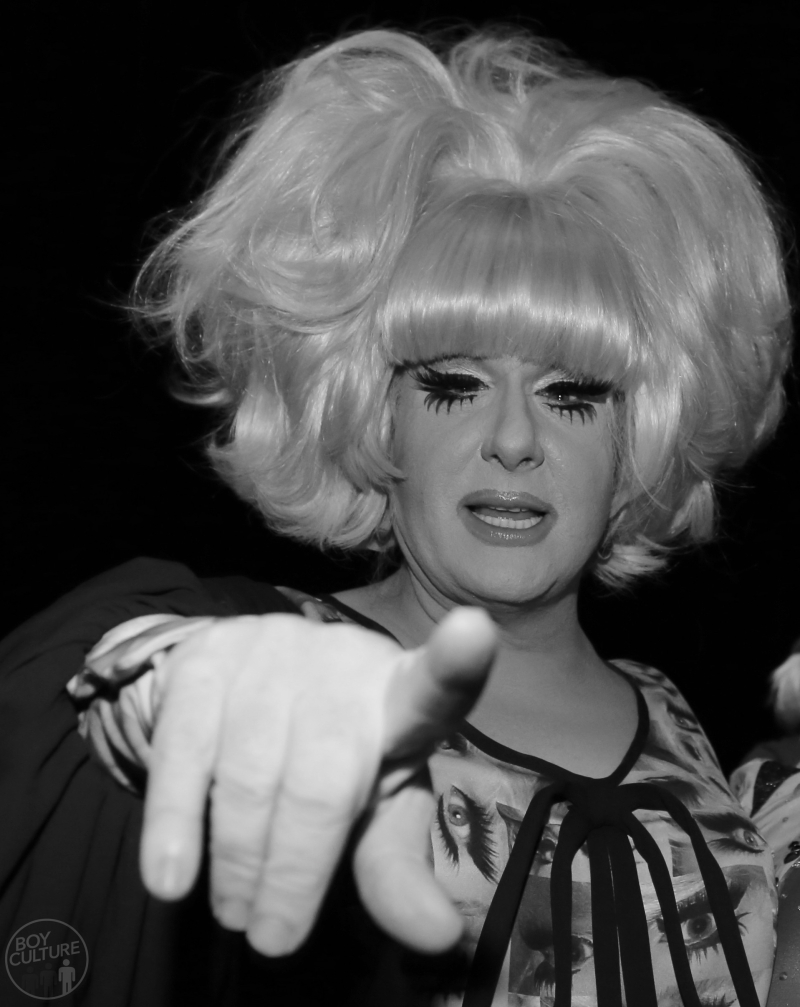 Here are my thoughts, with video coming later on: