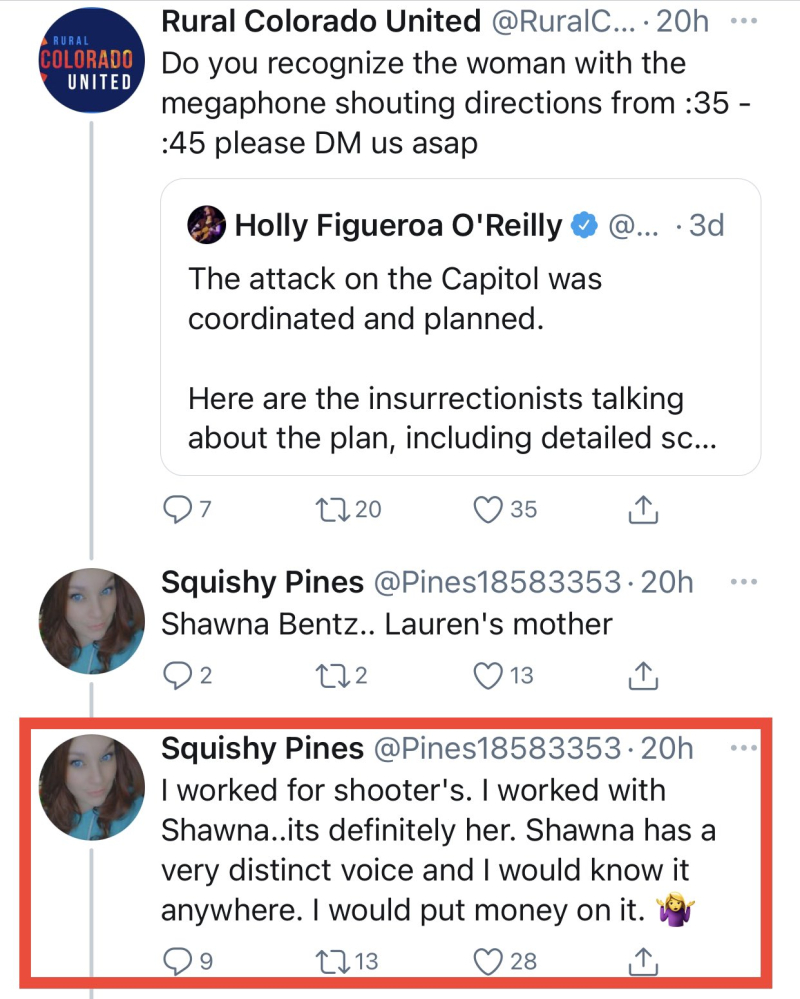 There is mounting evidence that the so-called Bullhorn Lady of the Capitol uprising — a mouthy woman who admitted she knew the inside of the Capitol from having been there herself — could be IDed as Rep. Lauren Boebert's (R-Colorado) mother, Shawna Bentz.

It's been put forward that the pink hat lady directing people where exactly to go in the Capitol building was Lauren Boebert's mother.

What do you think? I know there's video of her, gonna try to find it so I can listen to the voice. pic.twitter.com/4mfxUSLpEE

This thread asks the question. Boebert denies it, saying her mom was in town, but at a secure location that was not inside the Capitol — and that her staff had eyes on Bentz at all times.

If that isn't her mom, why is it that the woman had been inside the Capitol before, and was barking out orders? When was she in there?

I wonder if Lauren Boebert and her mother is under FBI surveillance?

Is the woman in the pink hat calling out the directions at The Capitol on the megaphone lauren boebert mother???pic.twitter.com/xfks6t855E

Shawna may well not be that woman (but man alive, it's close ...), but she is this racist broad: Great DC pride shots here. Looks like it was bulging with enthusiasm!