(Image by Ben Veronis for DNA)

Mickey McCray by Ben Veronis for DNA is a mood. A good mood. 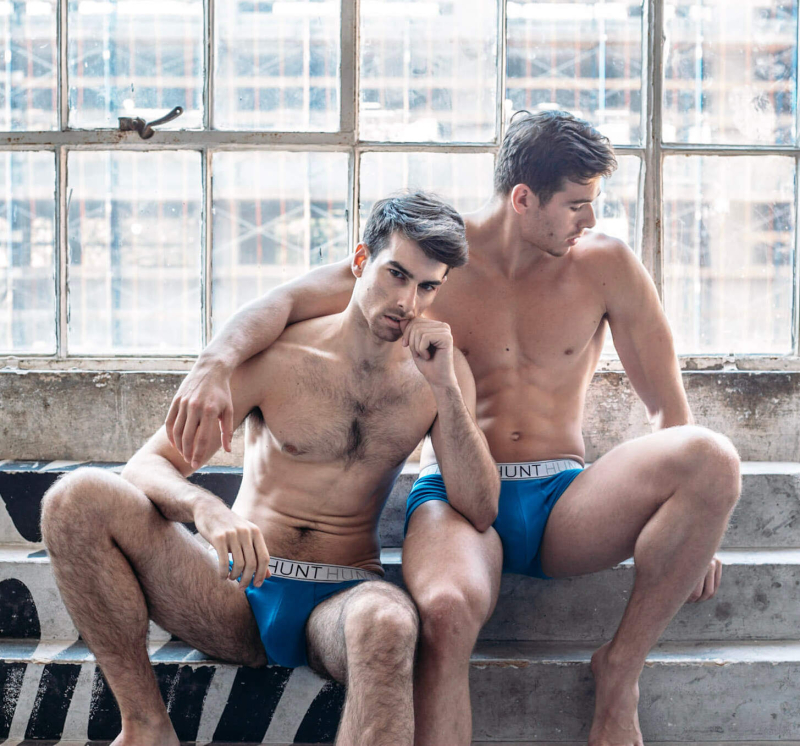 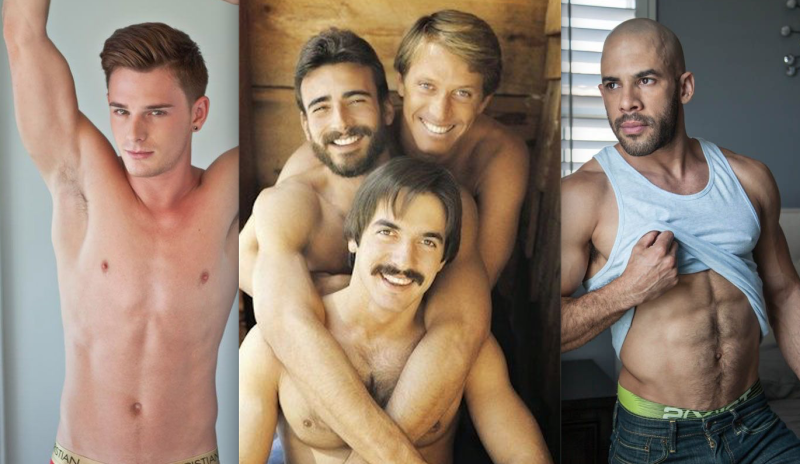 One: Generally speaking, it's thought that women probably emotionalize sex a bit too much for their own

good. But if that's true, then men definitely mythologize it too much for our own good. We can sometimes treat our partners like crap while still holding our heads up high, yet can wax nostalgic about unbelievably satisfying sexual encounters, revering them as if they were religious experiences.

Two: For gay men, with no societal instruction on what happens when two guys fall in love or even just lust, pornography was for decades the primary means by which we could find those answers.

The clone and only Al Parker (GIF via GIPHY)

With all of that out of the way, what follows is my highly subjective list of  “History's 250 Greatest Gay-Porn Stars.” (Note the hyphen, because I have no way of knowing which of these guys were/are gay-for-pay stars, I just know I've seen them in at least 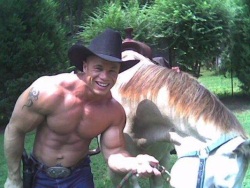 In choosing which guys to feature and where to feature them, I'm using my own taste; my impressions as a former gay-porn industry professional (I worked for Torso, Honcho, Inches, Playguy, Mandate) as to each actor's overall impact during his career; each performer's observable longevity as an icon; and each performer's groundbreaking status, if any.

The upper part of the list is top-heavy with classic performers, and I think that is as it should be; this is not a snapshot of who's hot at the moment, but an attempt to catalogue the men who've made the industry over the past 50 years.

That said, I've also gone out of my way to give props to guys working today who I think have already made enough of a mark to warrant inclusion.

It's not science, so please don't flunk me.

I am offering a ranked Top 40, and the rest are in alphabetical order — while I felt confident justifying my Top 10, 20 and 40, beyond that, deciding who is #84 vs. #175 felt arbitrary. The twins entry counts as one, the two entries with couples count as two apiece.

The stigma is changing, slowly but surely, as words like “hustler” are replaced by “sex worker,” and as young'uns are, increasingly, exploiting their own sex lives via social media, making it highly likely that we will have our first dick-pic or beaver-pic POTUS sooner rather than later. I've made sure to include some of the guys who are leading the way on OnlyFans and other services.

Speaking of the dead, I've attempted to include their years of birth and death (along with the cause). If I have gotten any of this wrong, I would appreciate your comments. 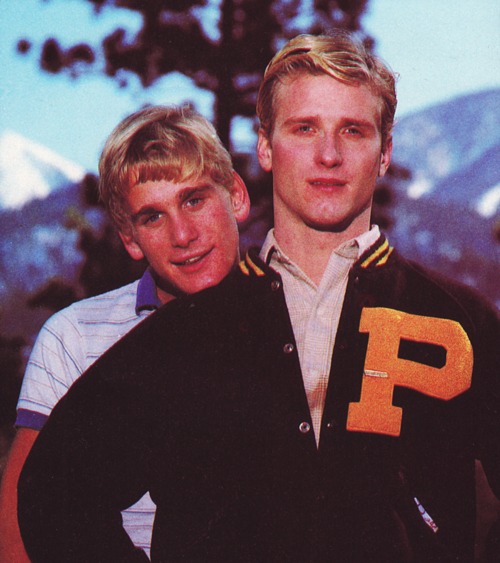 Want some towhead? The titular stars of 1983's Leo & Lance (Image via Catalina) 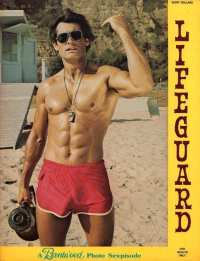 dates, death dates, what they were like in person (if you met them), where they may be now, or any other tidbits — or if you would like to politely inform me I've left someone out — please do comment. I look forward to it, and I hope to avoid some of the eye-rolling vitriol the original post engendered. (Lists are never definitive. I'm not killing your mom by forgetting someone you jerked off to.)

If there is someone on the list you've never heard of, new or old, don't be proud of that — look them up.

No strings attached! (GIF via GIPHY)

And finally, if lists do turn you on, check out my lists of:

“Dead Reckoning: Which Year Was the Worst for Celeb Deaths?”

(Image by Anthony Kosinchuk for DNA)

DNA unveils a shoot by Anthony Kosinchuk that captures Nick Perillo to his best advantage ... 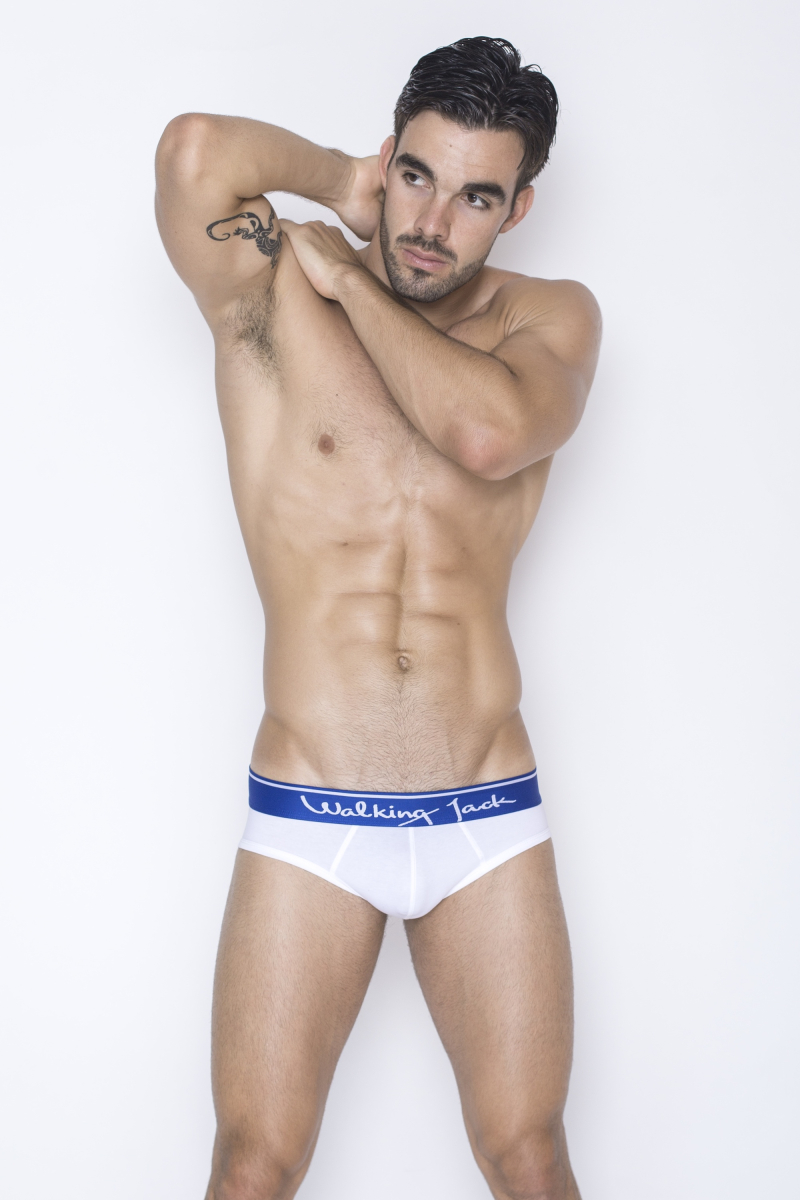 Keep reading for more of it and him ... 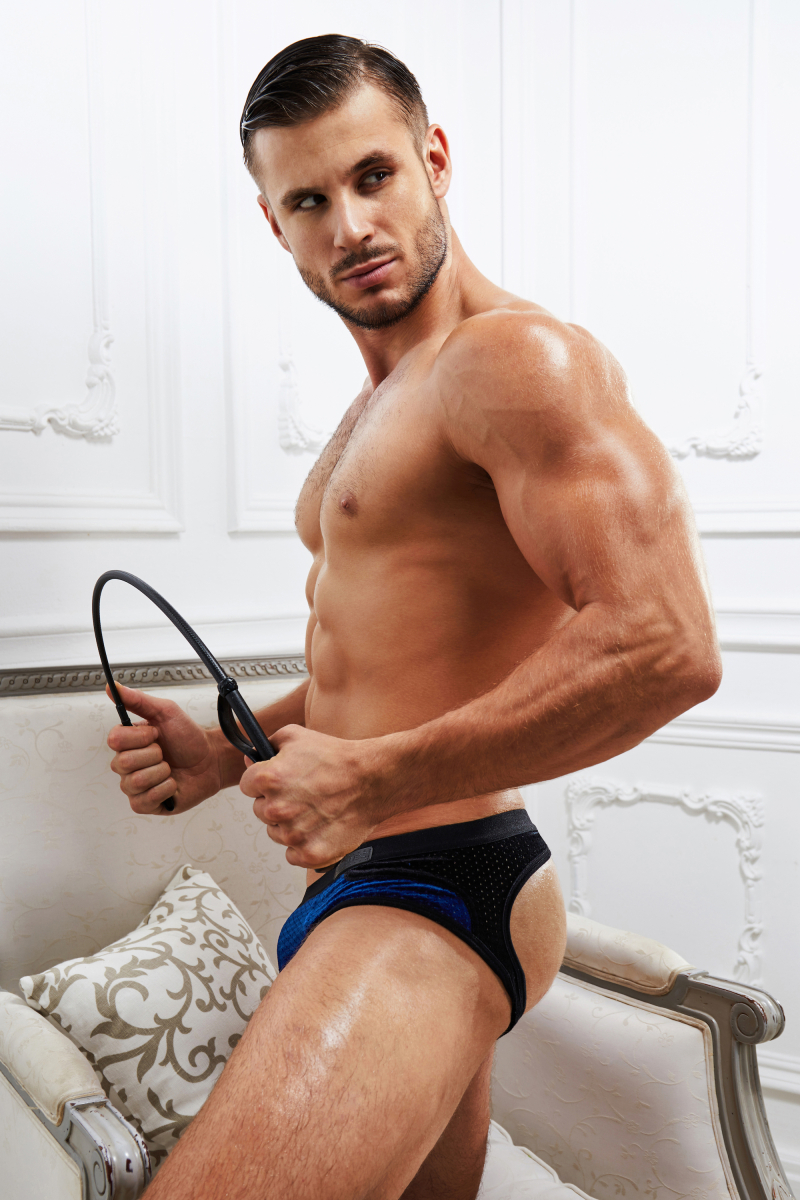 (All images via Modus Vivendi) 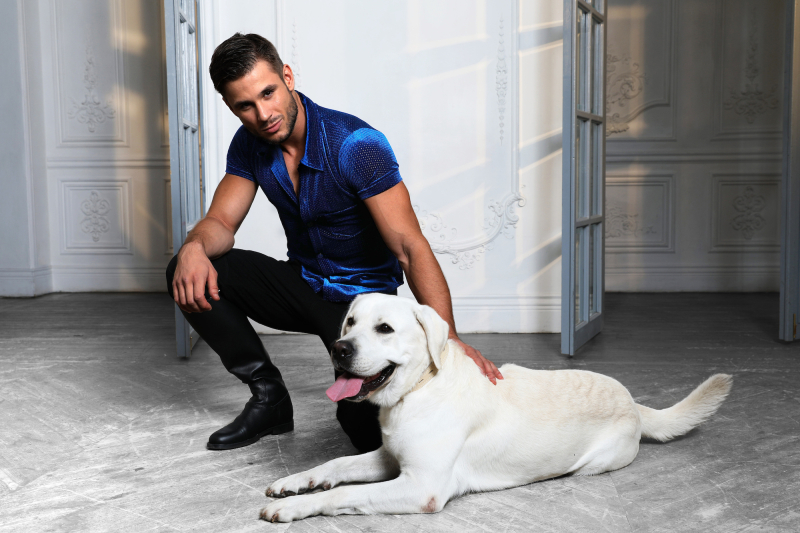 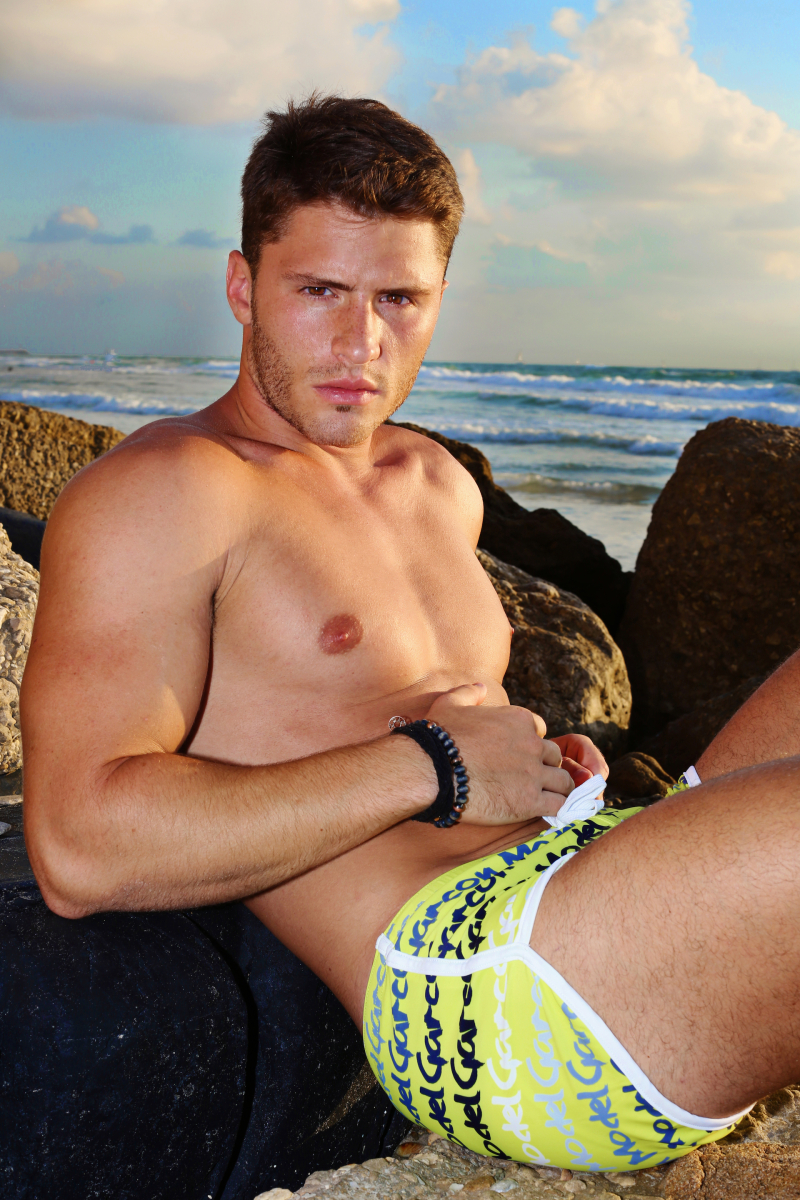 The new Garçon Model line — sexy, geometric print, range of harnesses — is out ...