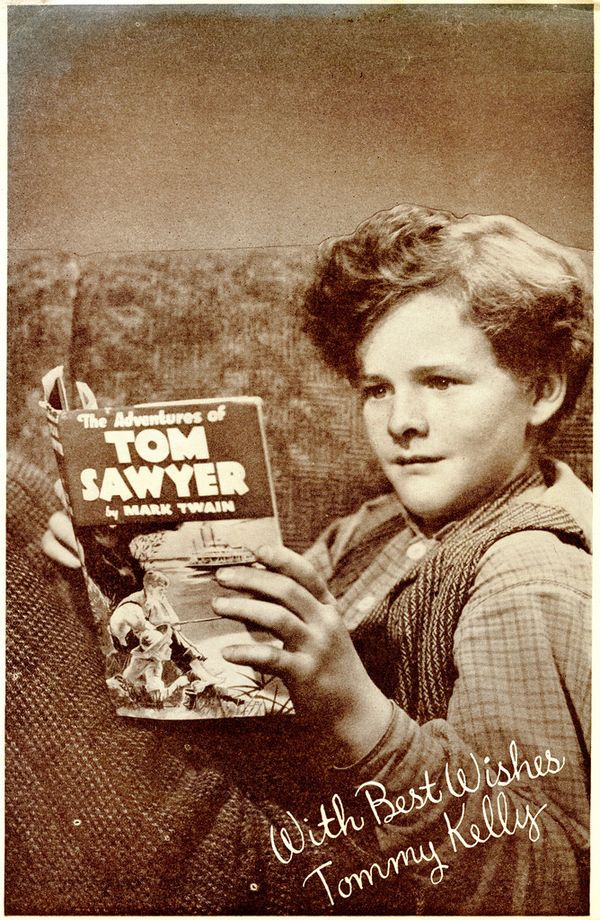 Tommy Kelly a child actor with film credits from 1938—his debut in The Adventures of Tom Sawyer in the title role—through 1950, has died at 90 of congestive heart failure.

Though Kelly quit acting and seldom talked about it after his retirement, he worked in the Peace Corps and for the U.S. government, and was married to the same woman for 67 years.

One of Kelly's most noteworthy movie credits: He cried on camera in Gone with the Wind (1939); there are now precious few people known to be living who appeared in one of the most beloved spectacles of all time. 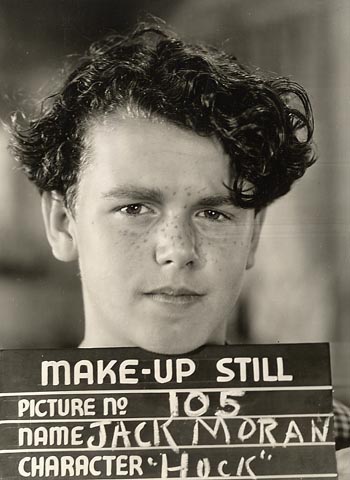 Of his Tom Sawyer cast mates, the charming Jack Moran (1923—1990; pictured) as Huck Finn, who also appeared in GWTW, preceded him in death. Only Cora Sue Collins, 88, (I met her here!) and Ann Gillis, turning 89 on February 12, from the movie are still with us.