Could NYC's Quad Cinema Be Shuttered Less Than 2 Years After Its Multi-Million-Dollar Renovation? Comments (0) 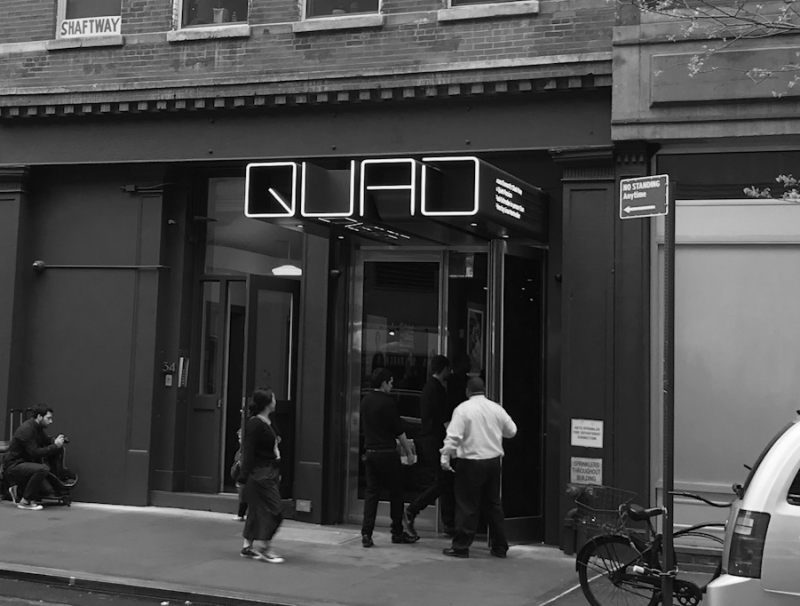 I've written extensively about NYC's Quad Cinema, an institution that was the city's first four-screen theater back in 1972, and that has, over time, become konwn for arthouse, foreign and gay-themed films.

In 2017, it completed a massive, expensive renovation, and a day in May of that year was called Quad Cinema Day by Mayor Bill de Blasio.

Read About the Quad's Renovation HERE

Now, incredibly, one person's complaints about the theater could lead to its permanent shut-down. This is why NYC is turning into a shitty place to live, and why co-ops are horrendous.

In a new lawsuit, Quad's lawyers are asking a court to bar its co-op from terminating its proprietary lease on the grounds that Quad has a single unpaid bill (which it disputed) for painting, and that there is one — count him, one — tenant above the theater who objects to excessive noise.

Some things to consider:

(1) Don't fucking move in over a movie theater and then bitch about noise.

(2) The renovation included extensive soundproofing that seems to have satisfied most.

(3) The complaining tenant, Asad Rahman, has reportedly complained about noise from speakers and air conditioning units even when they're not in use.

The weaselly co-op board's president says he hopes it can be resolved. It's a fucking institution — do more than hope.